The year in WtE – global trends, variances and what’s next 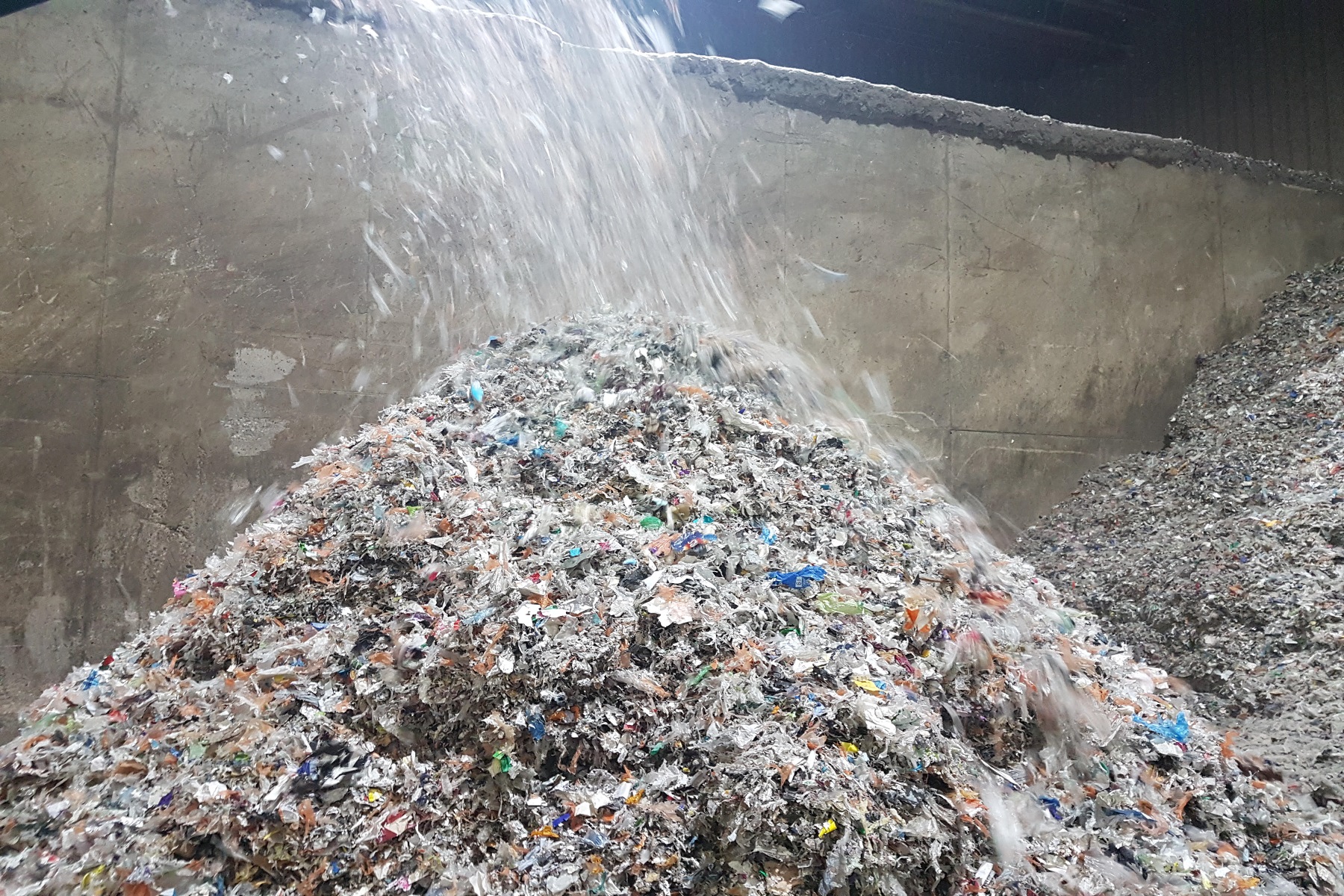 It has once again been a year of change for the Waste to Energy sector, but it would be naïve to think that – when it comes to alternative fuel production – there has been unified progress across the globe. UNTHA America’s president Bernhard Martinz and director of global business development Gary Moore, recently shared their thoughts with The Energy Industry Times on the evolving WtE landscape in the USA and further afield, before predicting what 2020 may have in store. If you missed the original write-up, catch up here…

The utilization of waste as an energy source is not a new concept. Think about wood for example – as one of the world’s oldest materials, it has been used to generate heat for thousands of years. But, as environmental thinking has evolved, so too have efforts to prioritize the re-use and recycling of wood, before it is burned. And when it does come to incineration, refined processing methods mean that a specified biomass fuel can now be created for maximum heat efficiency and therefore optimum environmental gain.

However, even the use of wood – a widely-acknowledged energy source – varies from country to country. In places like Kenya and Nigeria, it remains a primary source of raw domestic energy, and the simplest of scraps can help generate much-needed heat. In European nations such as Germany, Sweden and Latvia, market demand centres upon the consumption of a comparatively sophisticated biomass fuel, with these countries reported to be consuming around 74% of the world’s pellets.

There’s a mixed picture back in North America. Pre-consumer wood waste has been virtually eliminated, but the level of wood debris in MSW (Municipal Solid Waste) and C&D (construction and demolition) streams, shows there’s still room for improvement, with millions of tons of such recoverable material still available, per year.

Some people – perhaps those outside of the industry – will be surprised to read this of such a developed country. But here lies a key point. The global waste landscape is extremely fragmented, particularly when it comes to Waste to Energy. This doesn’t just apply to the USA and Canada. And it can’t just be said for wood.

European countries like Germany, Denmark and Austria have been harnessing the potential of alternative fuels such as Refuse Derived Fuel (RDF) and Solid Recovered Fuel (SRF), for decades. Their waste infrastructures are therefore unsurprisingly advanced. Investment has been significant and WtE plants are often even considered something for the community to be proud of. Elsewhere in Europe there is a very different picture entirely, with countries such as Romania, Bulgaria and areas within the Baltic states having a long way to go.

In Asia, Singapore has arguably led the way in waste being recognised as a national resource. Conversely in other developing economies such as Vietnam – where a waste collection system barely exists – there is much more work to be done.

This goes to show that it isn’t possible to paint a generic WtE picture for one continent – or even a nation.

In the USA, attitudes towards WtE are equally divided.

The role of legislation

To a certain degree, I believe legislation – or the lack of it – has a part to play in this. The EU Waste Directive – and more specifically the waste hierarchy – guides environmental conscience in much of Europe and encourages everyone to think about the prioritised actions for ‘waste’ handling.

In parts of the same continent, the ban of certain high-calorific ‘wastes’ from landfill, has also driven significant environmental progress. The fear of regulatory non-compliance – and the fiscal penalties associated with this – has almost forced those in the waste industry to think differently about what to do with materials that still contain a vast amount of resource value.

In North America, on the other hand, standpoints vary from state to state due to the absence of a federal law. Some momentum is gathering in Canada and certain US states, but waste contractors – and businesses in general – are not obligated to do anything, which remains a fundamental reason why much depends on the initiative and commitment of individual organizations.

This is not to say legislation is the only factor that drives innovation, although it undeniably plays a crucial part, certainly in motivating the masses.

Commercial factors naturally come into play too. Linked to the above point, the introduction of a landfill tax was a huge catalyst for the UK better committing to the aforementioned waste hierarchy. The hike in the levy – which rose to £80 per ton in 2013 and now stands in excess of £90 – meant that disposing of waste wasn’t financially feasible anymore.

In the USA, landfill charges are typically low. An UNTHA client in Texas, for example, could dispose of trash for as little as $30-35 per ton. The incentive to invest in waste treatment technologies that would enable landfill to be avoided, is therefore limited – irrespective of environmental gain.

But this client identified rising global demand for WtE fuels, not to mention mounting societal pressures to be kinder to the planet. They’ve therefore worked hard to design an intelligent yet economical SRF production plant able to manufacture a renewable energy source for a limited cost per ton.

The commercial viability of an RDF or SRF manufacturing plant is heightened when there is a guaranteed offtaker of the fuel. This goes some way to explaining why co-processing facilities are growing in number in parts of the world, including the USA.

Energy-intensive operations such as cement kilns are increasingly moving towards the production of their own SRF for example, to reduce their reliance on the world’s depleting fossil fuels, secure their energy feedstock, lower the clinker factor in their finished cement and contribute to a more circular economy. This therefore sees them source, process and transform waste themselves – sometimes with the help of a local partner – to produce their own RDF/SRF either on site or at an adjacent facility.

The global nature of many such operations then promotes more widespread deployment of this co-processing approach, almost irrespective of local WtE attitudes.

Geocycle – a 100% daughter company of cement giant LafargeHolcim – now has UNTHA technology in operation on virtually every continent of the globe. So, when a waste shredder was sought for a new facility in Dorchester, South Carolina – to help further the firm’s co-processing for zero waste ambitions – UNTHA was once again called upon for its expertise.

An UNTHA XR mobil-e waste shredder with 2 x 177hp motors now processes non-hazardous post-industrial waste to produce a <3” RDF fuel that will be used for energy recovery in the nearby cement plant. Currently configured to manufacture 10 tons of RDF per hour, the plant aims to generate 35,000-40,000 tons per annum.

This is not the first waste shredder to be in operation at the Dorchester facility, as Geocycle was previously operating a dual-shaft and two single-shaft competitor machines. But, as damage from unshreddables began to restrict the performance of this incumbent shredding technology, Geocycle made the switch to the UNTHA XR to facilitate single-pass RDF production moving forwards.

Impressed with the throughputs, reduced running costs, energy efficiency and easy maintenance, Geocycle’s Director of Processing Expertise and Business Development Nicolae Cuzuioc elaborated: “When I heard about the new UNTHA mobil-e and the machine’s ability to handle a number of complex input materials, I was extremely interested. We took delivery of a demo unit from UNTHA America in late 2018, so that we could trial the shredding technology using our own waste. It quickly proved such a crucial part of our plant that we retained ownership of this machine until our own machine arrived.”

What does the future hold?

It is perhaps inevitable that co-processing facilities will become increasingly popular in 2020 and beyond, regardless of environmental legislation in the countries concerned. Larger organisations often have more defined ‘green’ agendas and are commonly looked to as the pioneers for change within industries such as Waste to Energy.

Their appreciation for the WtE potential of different input materials is also inspiring. While MSW and C&I waste is probably still the most common RDF/SRF application – on the whole – the potential doesn’t end there. The transformation of ‘waste’ textiles, carpets and mattresses into an energy source, is becoming increasingly common, for instance. And not just in the Western world. In Vietnam, UNTHA has been involved in a fantastic project to convert footwear production waste into an SRF!

Co-processing facilities are not the only innovators of course, nor are all innovators large in size. But they do often attract a significant share of the spotlight. and awareness plays an important part in inspiring others to think differently when it comes to WtE.

The role of extraneous factors

External factors will continue to encourage further WtE change across the globe too. China’s ban on plastic waste imports has rocked the waste industry – not just in the USA but worldwide – so many operators are going back to the drawing board when it comes to their preferred treatment methods and routes to market. This will see progress accelerate in 2020, I’m sure.

Public perception is another extraneous variable which requires careful management. While consumers are generally becoming more vocal about their passion for the planet, many still don’t want to live in close proximity to a WtE plant. In the USA, this is perhaps because some mass burn facilities built in the 1980s don’t really represent what modern Waste to Energy technologies are truly capable of. They haven’t always taken advantage of the latest pre-treatment methodologies which ensure that WtE operations are scientific, sophisticated and incredibly clean. This has left communities worrying about the atmospheric implications of RDF/SRF sites, so there’s a huge educational task to tackle, in banishing present-day misconceptions.

Armed with incentives such as a carbon credit – as is being offered in Canada – more businesses in the USA may sit up and pay attention to the potential that exists surrounding fuels such as RDF, SRF and biomass. There is definitely untapped potential and 2020 could be the year this starts to be unlocked. We’re bolstering our team with the addition of more RDF/SRF specialists to reflect our confidence in the market.